A PHP Error was encountered

Santa Maria Manuela has arrived at Marin for outfitting

The Ship is to be completed by October 2009. RINAVE will assign the 62.8m overall length sail training vessel the class notations: 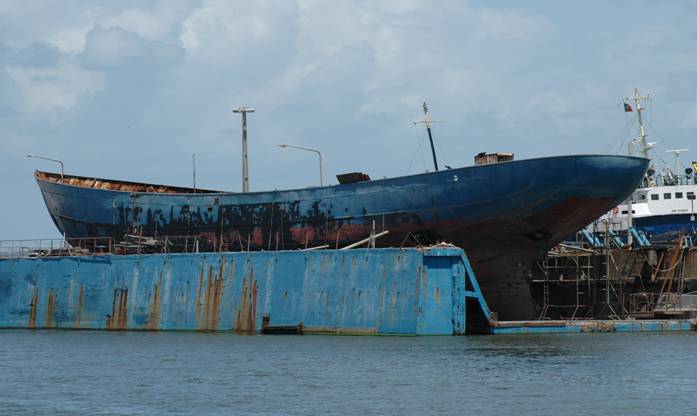 The Santa Maria Manuela is a portuguese four masted lugger built in 1937 at Companhia União Fabril (Lisbon) in a record time of only 60 days. Its original owner was Empresa de Pesca de Viana. The ship made a large number of fishing trips to Terra Nova and Greenland for catching codfish. Deactivated since 1993, the ship is now being renewed by Foundation Santa Maria Manuela and Pascoal & Filhos, as a sail training vessel.